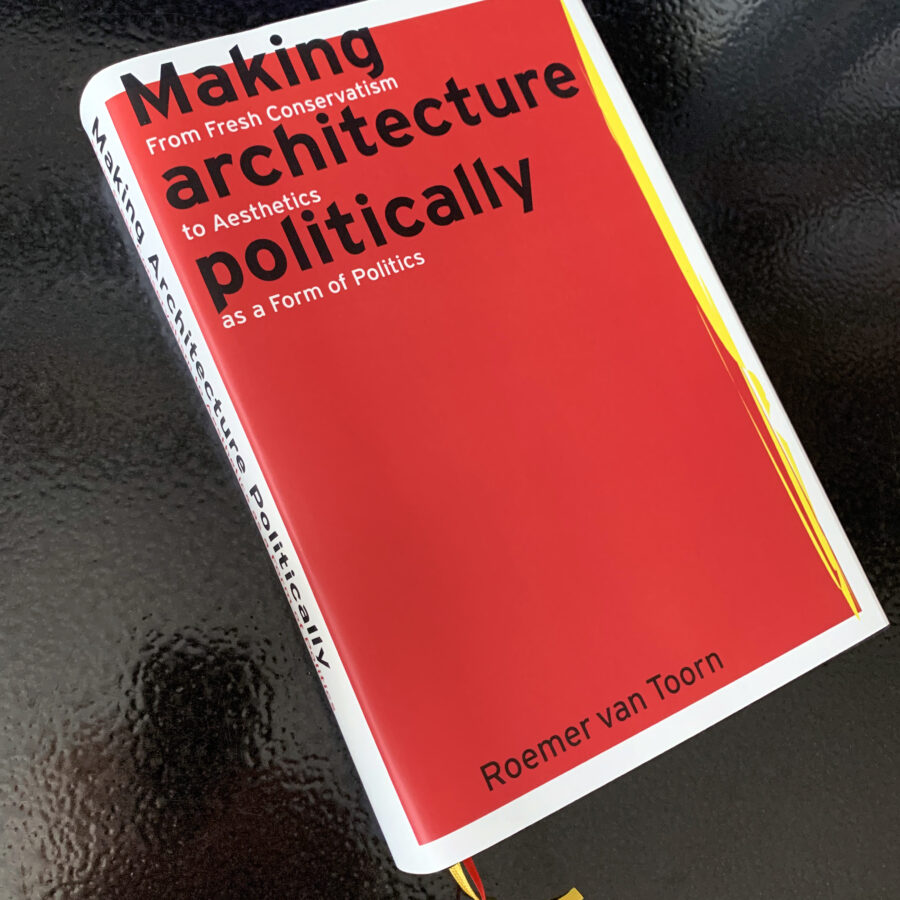 Making Architecture Politically opens with an analysis of the current conjecture of Neoliberalism through the concept of the Society of the And, opposing an understanding of our condition through modes of Eitherorism. It is a voyage, travelling along the many interdependencies of the revolutionary conservatisms of Fresh Conservatism and Progressive Neoliberalism today — parallel to the arrival of a new phase of global modernisation with a special and elaborated focus on the role of contemporary architecture in Dutch society from the 1990s — while its second chapter moves beyond Fresh Conservatism; towards a possible third of emancipation in architecture with its plea for an Aesthetics as a Form of Politics towards a cosmopolitical outlook.

Chapter one, entitled Fresh Conservatism critically addresses how the much-celebrated Superdutch movement in architecture paved the way of an upcoming Neoliberal phase of capitalism. The problem for many was not to make political architecture, on the contrary, its innovative practices — without being too conscious about the political — affirmed what later was called the post-political. With Aesthetics as a Form of Politics of chapter two, exemplary alternative horizons of possibility are being discerned; ones that make architecture politically through their aesthetic regime. It has everything to do with how freedom can be created with constraints, how one can dance with enmeshment, can move beyond limiting adversary, and dare to create lives of sustained optimal wellbeing and joy through the redistribution of the sensible. By grappling with making architecture politically, finding it wanting through critical analysis, observing the exemplary and often a-political role contemporary Dutch architecture played in the 90s and onward, it turns out the problem is not to make political architecture — all architecture is political — but how to make architecture politically.

Making architecture politically is about the creation of running room; a sense of polity — an aesthetic regime redistributing the sensible — that allows for a multiplication of connections and disconnections that reframe the relations between people, the world they live in, and the way they are supposed to act and behave. Such a field of possibility concerns a multiplicity of folds and gaps in the fabric of the common experience of the human and non-human that change the cartography of the perceptible, the imaginative and the feasible. As such, it allows for new modes of political construction of common objects and emancipatory possibilities of collective and private enunciation. Instead of slipping into paternalism or control, the idea of such a radical openness is characterized by indeterminacy, nuance, incommensurability, dissensus and the multitude of encounters it could generate. It is about a becoming that breaks open the conventional way space is experienced, thought and distributed, one that displaces the binary dialectics of colonizer and colonized, the one against the other by introducing a third (And) that belongs to both the one and the other while opening alternative horizons.