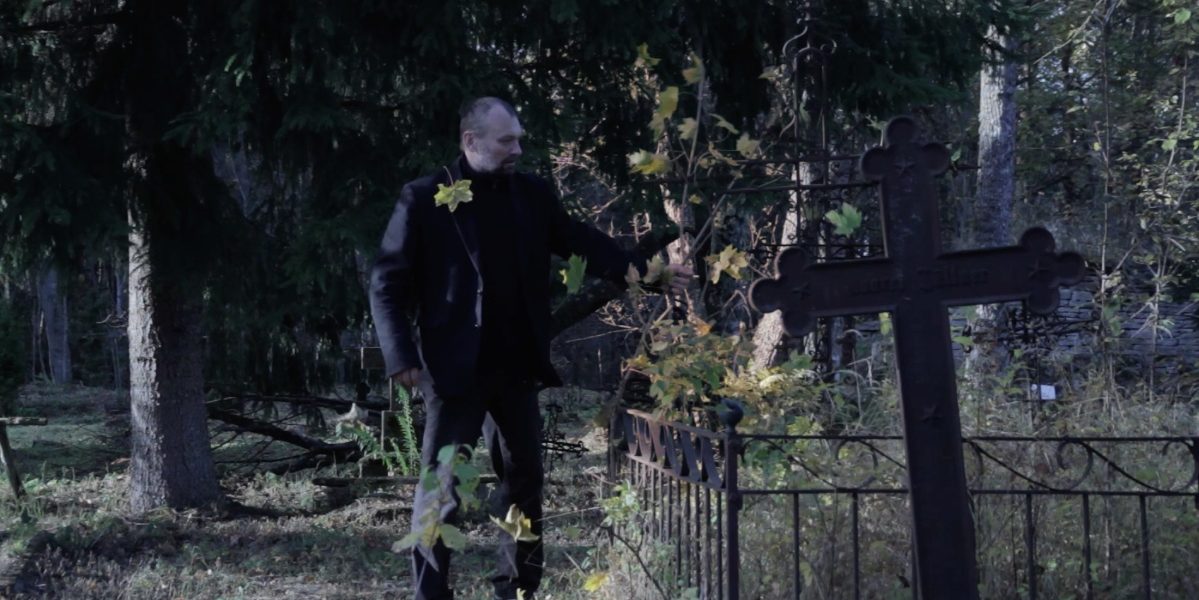 Jaan Toomik (born in 1961 in Tartu, Estonia, lives in Tallinn) exhibits quite regularly as a painter, but in the contemporary art world, he is best known for his performance-based video work: laconic documentations of actions in public space or natural settings. One recent example is included in the exhibition at Kohta. Untitled Action, 2015, shows Toomik intervening in the natural cycle by assaulting a frail maple sapling at a forest cemetery in autumn, causing it to shed its leaves just before their time is up.

In the last ten years, Toomik has also emerged as a filmmaker. The feature-length Maastik mitme kuuga (Landscape with many Moons) was released in 2014 in Tallinn and shown at the Rotterdam Film Festival in 2015. It transposes the laconic performances into a coherent narrative that respects the need for social and psychological credibility without sacrificing the sardonic ‘magical realism’ we have come to expect of him.

The two other works by Toomik shown at Kohta are short films that hold intermediary positions between the episodic and the epic, allowing him to address stories and images that are poised between the existential and the esoteric. This is often considered something of a no-go zone for a contemporary visual artist. Toomik, however, is unconcerned with such self-regulation. He is not anxious about engaging with the helplessly out-of-touch, the weirdly time-warped.

For Jaanika, 2007, he uses footage from a horribly run-down flat, teeming with vermin, and adds a soundtrack that lets us eavesdrop on the confessions of a young waitress before a congregation of believers. Toomik follows this ‘religious’ thread also in Armulaud (Communion), 2007, which received the Jury’s Special Mention at the 54th International Short Film Festival Oberhausen in 2008. Here the narrative is allowed to take centre stage, but the film still hinges on all those details that Toomik has observed and subverted – or in fact perverted – and is now relaying to us.

The exhibition is organised in collaboration with  Temnikova & Kasela in Tallinn.