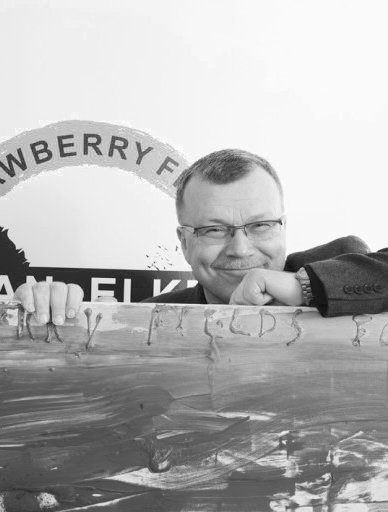 Jaan Elken (b.1954) is a painter, art critic, curator and art teacher. He graduated from ERKI with a degree in architecture in 1977, and in 1979-1981 he continued his studies as a scholarship holder of the Estonian Artists’ Union in the field of painting. The artist, who started in a hyper-realistic style in the 1970s, has now become one of the most important representatives of the abstract trend in Estonian art. Elken has exhibited more than 60 solo exhibitions, including at the Adamson-Eric Museum (2000), Tallinn Art Hall (2005), Tartu Art Museum (2005), Pärnu Museum of New Art (2009, 2014), as well as in Berlin, Kiev, Helsinki, Riga, and more. Her work is part of many collections, including the Jane Voorhees at the Zimmerl Art Museum (Rutgers, NJ. Norton and Nancy Dodge’s Collection of Nonconformist Art in the Soviet Union), the CAM Casoria Museum of Contemporary Art (Naples), the Tretyakov Gallery, the Ivanovo Art Museum, the Matthew Bower Gallery Parliament, Estonian Art Museum, Tartu Art Museum, Museum of New Art in Pärnu, etc. In addition, Elken has published more than 200 art-critical articles, been chairman of the Painters ‘Union (1995-1999) and president of the Estonian Artists’ Union (1999-2013). Since 1997 he has been a professor in the chair of painting at the Institute of Cultural Sciences and Arts of the University of Tartu.

jaanelken.com
Teaching Staff
The website of the Estonian Academy of Arts uses cookies to collect statistics about our users and offer visitors the best experience. Do you agree to the use of cookies? Read More.