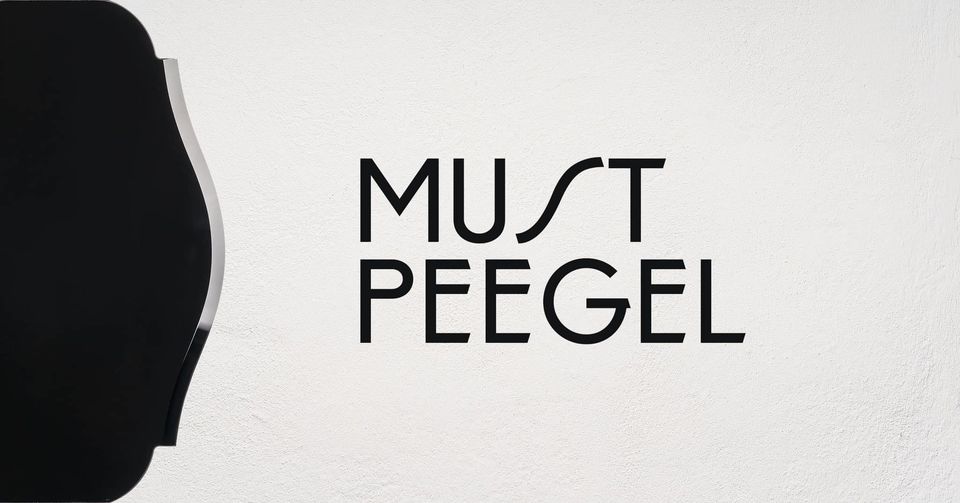 Exhibition will be open until June 25, 2022.
Black surface absorbs light and colours; while looking at black surface, one can see info infinity, unknowing, solitude and protective tenderness. Mirror gives you the honest truth. The danger to get stuck in reflections and in the reflections of reflections is as big as the temptation to touch the snoozing screen of a smartphone in order to open completely different kind of worlds.

Landscape painter of 17th century Claude Lorrain made use of black mirror as an optical aid. Compared to a clear mirror, the details are more subtle and the reflection of black mirror is more simplified. The black reflection brings forth the tonal range as well as reduces the intensity of tones.

The encounter of the reflecting and painted worlds refers to the multilayeredness of existence. The layer of glass in front of the painting is protecting the artwork but also creating the distance between the painting and the viewer. This way, the viewer misses the opportunity of directly experiencing the materiality, fragrance and smell of the paint. The reflections, flickers of light and shadows of the glass function either as disturbance or as an unstable and captivating finesse on the surface of painting.

Sirja-Liisa Eelma (b. 1973) is a conceptual painter whose visual language is characterized by visually minimalistic structures. Her painting series, based on the slow transformation of a repetitive image, focus on the themes of emptiness, ambivalence of meanings as well as defining the visible and the invisible.

Sirja-Liisa Eelma has graduated from the department of painting at the Estonian Academy of Arts (MA, 1996). Since 2018, she has been studying in the doctoral school of the Estonian Academy of Arts. In 2016, her artistic practice was recognized with Konrad Mägi Award. Eelma’s artworks belong both to private collections as well as the collection of the Art Museum of Estonia. She has held numerous personal exhibitions as well as participated in group and curatorial exhibitions both in Estonia and abroad.

Tiina Sarapu‘s (b. 1971) artistic practice can be characterized by minimalistic approach towards form. The perfectly composed form is almost always extremely simple and well interpreted. While having been exhibiting her artwork mainly as an installation artist during the past few years, Sarapu has often transferred the meanings of an initial idea to various contexts (several installations with music stands and mirrors), created illusory spaces, visualized sounds, extended the borders of perception. As an conceptual artist, Tiina Sarapu is using glass in order to express the idea of the multilayeredness of life while working with the oppositions present in glass as a material. (Reeli Kõiv)

Tiina Sarapu has obtained MA degree in the department of glass art at the Estonian Academy of Arts in 1996. In 1996–2017, she was teaching in the same department and in 2003-2017 worked there as an associate professor. Sarapu has participated in numerous exhibitions, symposiums and workshops both in Estonia and abroad. She has received acknowledgement in international competitions of glass art. Sarapu’s artwork belongs to the collections of several museums and private collectors. She received the honorary title of Acknowledged Glass Artist 2005–2005 and Acknowledged Glass Artist 2018–2019; in 2007, Sarapu received Kristjan Raud Art Award, in 2019 she deserved the Annual Award of the Cultural Endowment of Estonia and was awarded the Artist Laureate Salary in 2021–2023.

Exhibitions in Draakon gallery are supported by the Cultural Endowment of Estonia, Estonian

Glass ArtPainting Exhibitions
The website of the Estonian Academy of Arts uses cookies to collect statistics about our users and offer visitors the best experience. Do you agree to the use of cookies? Read More.