The goals of the animation curriculum are:

What skills will I acquire?

What jobs will be available after I graduate?

Every BA student makes 2 short animated films in 3 years. During the first 3 semesters a classical drawn animation is made alone, mainly supervised individually. During the second study year students start making a puppet film in groups of 2-4, it will be finished during the last school year. In both films the student will experience all the different stages of animated film production from the idea till finished file. In the films it is not allowed to use dialogue or voiceover, in order to teach how to tell your story mainly in image but also with sound.

MA in EKA Animation is international and in English. Every student makes 2 short animated films in 2 years, of which one is the graduation film. They are free to choose the technique of animation, but have to be the scriptwriter, director and artist of the film. It is allowed to use technical help, if possible. 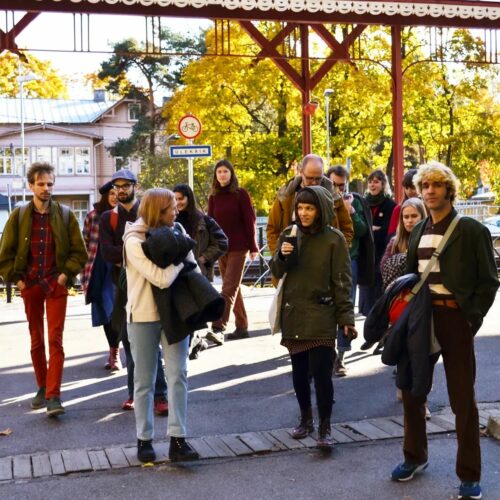 The Department of Animation invites prospective MA students to join the programme’s Online Open House on Thursday, January 13, 2022 at 17:00 (Tallinn time, GMT+2). This will be a good opportunity to hear more about the programme, and to meet ...
17 December 2021
Animation
The website of the Estonian Academy of Arts uses cookies to collect statistics about our users and offer visitors the best experience. Do you agree to the use of cookies? Read More.