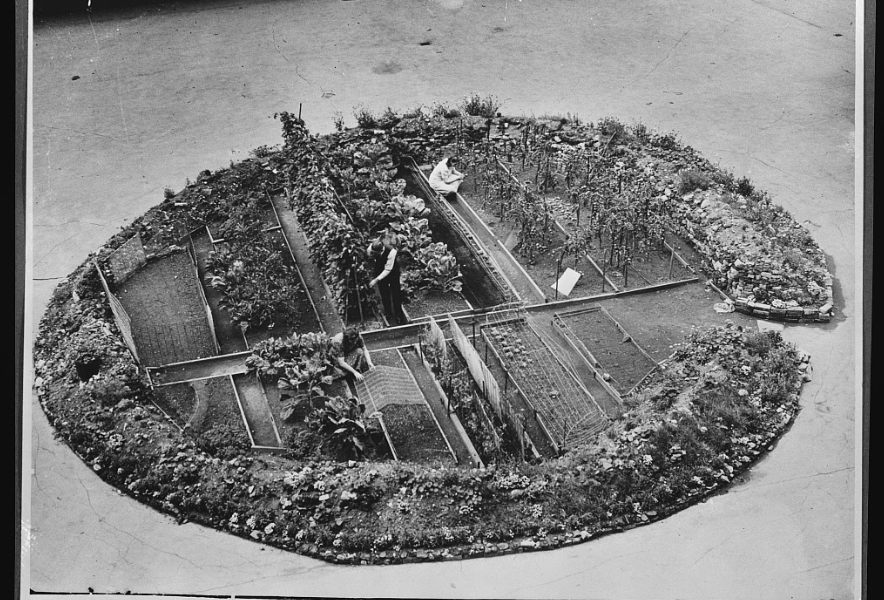 Londoners gardening in a bomb crater in London during WWII Foto / Credits: Library of Congress

Open lecture of the Institute of Art History and Visual Culture of the Estonian Academy of Arts, in cooperation with and the Estonian Centre for Environmental History at Tallinn University on September 17 at 4pm.

Five-thousand Parisian farmers grew vegetables for two million Parisians at the turn of the nineteenth century. Black residents of Washington, DC paid down on their homes during the Great Depression by maintaining gardens on their urban lots. Soviet and Cuban urbanites staved off a famine in the 1990s after the collapse of Soviet agriculture by farming urban peripheries. These stories have been missed in plain sight because they do not coincide with ideas of urban progress and neat categorizations dividing urban from rural. Recapturing these stories points to the efficacy of small-holder intensive farming in urban areas which produce a wealth of waste than can be recycled into nutrients. These stories also point to a history of urban commons and mutual aid societies that undermine triumphal or inevitable histories of capitalism.

Kate Brown is a Professor in History of Science at Massachusetts Institute of Technology whose research interests illuminate the point where history, science, technology, and bio-politics converge to create large-scale disasters and modernist wastelands. She is the author of several prize-winning books, including Plutopia: Nuclear Families in Atomic Cities and the Great Soviet and American Plutonium Disasters (2013), and Manual for Survival: A Chernobyl Guide to the Future (2019). Her studies on Chernobyl point to the lasting impact of the nuclear catastrophe, but also to the role of local specialists and communities in coming to terms with its effects, as also explained in this interview. In the framework of her new project on urban gardening Kate Brown does fieldwork also in Estonia. She also discusses the reasons why we should recapture the stories of urban gardening in the article Resurrecting the Soil.

The language of the lecture is English.

Institute of Art History and Visual Culture
The website of the Estonian Academy of Arts uses cookies to collect statistics about our users and offer visitors the best experience. Do you agree to the use of cookies? Read More.