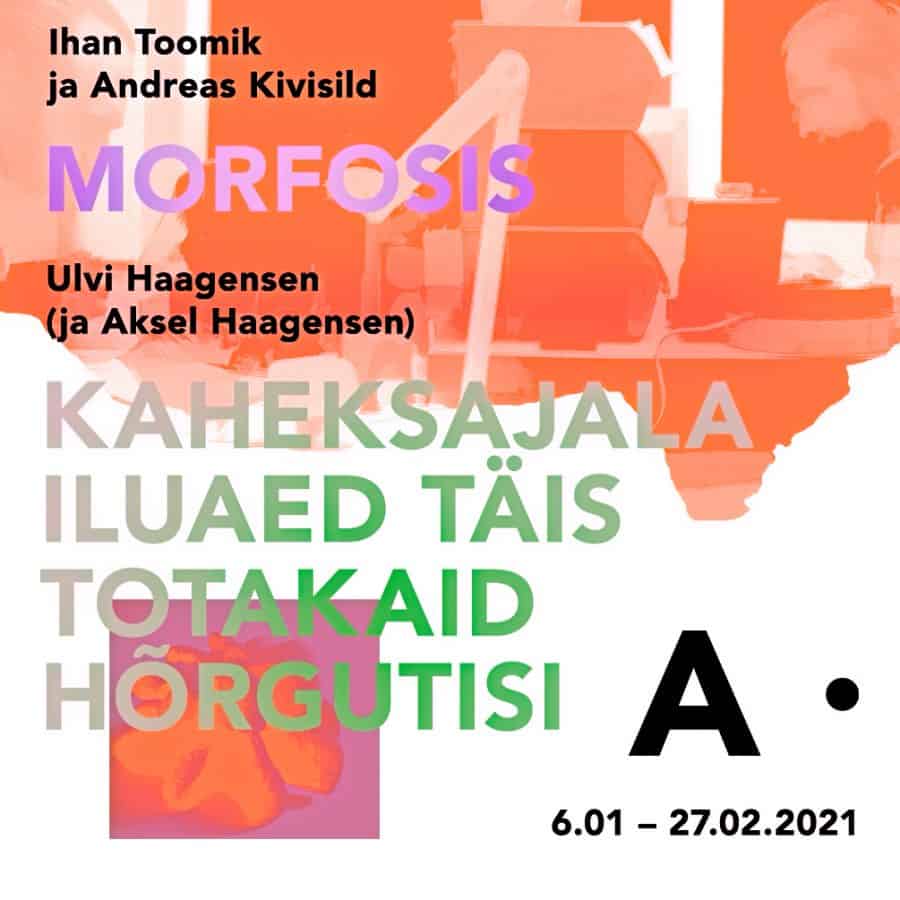 “An Octopus’ Garden Of Silly Delights” and “Morfosis” window exhibitions by artists Ulvi Haagensen (and Aksel Haagensen) and Ihan Toomik & Andreas Kivisild at A-Galerii are open till February 27th.

“In a world on the brink of ecological disaster; a world coming to terms with a deadly virus; a world where belligerent and inflammatory politics endeavours to entice and control us; a world where big tech sees and knows more than we’d like; a world where narcissism and lying seem to be accepted ways to behave; in these uncertain times at least one thing we can be certain of  — octopuses have beautiful gardens”, ponders the artist.

Ulvi Haagensen, born and trained in Sydney, Australia, has been living in Tallinn for many years. She has a background in drawing and sculpture and is currently doing a PhD at the Estonian Academy of Arts researching the boundaries and connections between art and everyday life.

“Morfosis” consists of several objects that can be worn in several ways. Morfosis as transfiguration stems from the metamorphoses of daily living. For example, when dressing for work a person embodies their occupation and starts behaving like part of the organisation. Later, at home, the same person may act and look utterly different. In a similar manner we change ourselves in other everyday situations.

We have been discussing the kind of attributes that apply to wearable jewellery. What would we want to wear on a daily basis? Which values, functions and practical implications would this jewellery carry? Our conversation took us to the shapeshifting belt buckle that embodies our daily metamorphoses.

Ihan Toomik is a freelance artist and a designer who teaches 3D modelling. He graduated from the Estonian Academy of Arts in 2013.

Andreas Kivisild is a freelance artist and a designer. He graduated from the Estonian Academy of Arts in 2012.

Exhibitions are supported by the Cultural Endowment of Estonia

Window exhibitions are open at A-Galerii at any time, with any kind of weather, until February 27th.

Jewellery and Blacksmithing Exhibitions
The website of the Estonian Academy of Arts uses cookies to collect statistics about our users and offer visitors the best experience. Do you agree to the use of cookies? Read More.