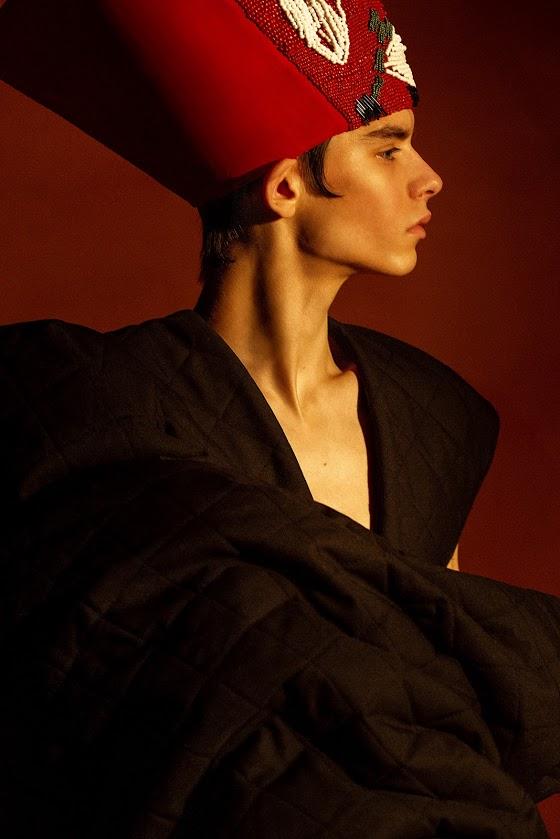 “THE MYTH OF THREE SISTERS: homewoods” is an ethnology course collection project which started with gathering inspiration from my home parish, Tori. During our ethnology practice in a museum in Viljandi, I heard an old story, a legend about three sisters.

An estonian myth which tells a story about three sisters, whose parent sent them to the woods to pick some berries. While in the woods, the two elder sisters played around and only ate berries, but didn’t gather any to the baskets that were given to them. The youngest of the sisters, however, only picked the berries. When the evening came and the sisters had to start their way home, the elder sisters realized that their baskets were empty, while the youngest sisters basket was full. In fear of going home with empty baskets, the sisters made a plan, to murder the youngest and take her berries. They carried out the plan and buried the youngest sisters body beside the road, where later a birch tree grew. The sisters went home and told the parents how the youngest sister had gone lost in woods and they couldn’t find her. The parents were devastated and mourned the loss of their youngest. Years later a group of merchants were travelling in there and one of them noticed a beautiful birch tree beside the road. He decided to cut town the tree and make an instrument out of it, but it the instrument sang only one song. A song about how two sisters had murdered the youngest and buried her beside the road.

Being the youngest of three sisters in my own family, the haunting estonian folktale, inspired a collection full of my home parish symbolistics, like a horse, as Tori is known for its own horse breed and also the meanings of different colors, like red being the color of protection. The collection is inspired by Estonias a bit lurid but truly interesting folk tales and the ethnology that inspired it. A huge part of the collection was bead embroidery, which was an artform of its own a century ago in Estonia, when women used to make beautiful works of embroidery on different part of their clothing. I wanted to pay respect to the art of embroidery, the patience and countless hours, days it took to finish a piece of clothing. What makes Estonian history so interesting was the beliefs – the connection between humans and nature and a way they honored it through craft and clothing.

It is important to know where you are from and to know the history of your family. With this I want to pay homage to my family and ancestors.