Estonian Academy of Arts hosted the international conference Space and Digital Reality within the framework of Tallinn Architecture Biennale – TAB 2019.   You can read the proceedings here

We believe that Digital Reality is having a major impact on space and architecture. We asked the participants to research, imagine and speculate about the future of architectural creation, urban development as well as design education.

The world economy and culture have entered the era of the Third Technological Revolution. This revolution is based on digital domain and rapid advances in computing algorithms and autonomous robotics. In 25 years it has totally changed the information, communication, entertainment and surveillance technologies – both in their form as well as content.

Thus, a totally new reality has emerged with its own sovereign essence, structure and will – the Digital Reality. It consists of informational and  communicative networks, a complex hierarchy of computational algorithms and the meaning system of its projections on screen.

Within Digital Reality information can create, interpret, mutate and copy itself infinitely. It is increasingly difficult to keep the plentitude of information in the constraints of property rights, including the intellectual property rights. The Digital Reality with its possibilities has shaken the political and public institutions of Modernist liberal  democracies.

The keynote speakers of the conference were Mario Carpo, Antoine Picon and Roland Snooks.

Youtube playlist of all the presentations.   The proceedings Space and Digital Reality

13:45 Roemer van Toorn – The new normal. A goodbye to language

14:30 Wolfgang Schwarzmann – How does new technology provided by industry 4.0 change the job of a carpenter?

Working language for the conference is English.

The Rise of Computational Brutalism 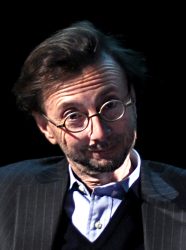 Mario Carpo, Reyner Banham Professor of Architectural Theory and History, the Bartlett, University College London.
Carpo’s research and publications focus on the relationship among architectural theory, cultural history, and the history of media and information technology. His Architecture in the Age of Printing (2001) has been translated into several languages. His most recent books are The Second Digital Turn: Design Beyond Intelligence (2017), The Alphabet and the Algorithm, a history of digital design theory (2011); and The Digital Turn in Architecture, 1992-2012, an AD Reader. 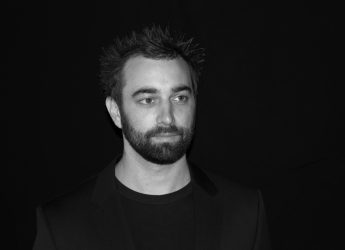 Roland Snooks is the director of the architectural practice Studio Roland Snooks and a co-founder of the experimental research practice Kokkugia. Roland’s architectural work explores the emergence of intricate formations from self-organising processes. He is an Associate Professor at RMIT University in the School of Architecture and Urban Design, where he directs the RMIT Architectural Robotics Lab. Roland has previously taught widely in the US including at Columbia University, University of Pennsylvania, SCI-Arc and the Pratt Institute. Roland’s design research is focused on the development of behavioral processes of formation that draw from the logic of swarm intelligence and the operation of multi-agent algorithms. He received a PhD from RMIT and holds a Master in Advanced Architectural Design from Columbia University, where he studied on a Fulbright scholarship. Roland’s work has been published and exhibited widely and has been acquired by the permanent collections of the Centre Pompidou and the FRAC.

Antoine Picon is the G. Ware Travelstead Professor of the History of Architecture and Technology and Director of Research at the GSD. He teaches courses in the history and theory of architecture and technology. He is also Director of Research at the Ecole Nationale des Ponts et Chaussées in Paris. Trained as an engineer, architect, and historian, Picon works on the history of architectural and urban technologies from the eighteenth century to the present. He has published extensively on this subject.
Four of his books are devoted to the transition from early-modern societies to the industrial era: French Architects and Engineers in the Age of Enlightenment (1988, English translation 1992), Claude Perrault (1613-1688) ou la curiosité d’un classique (1988), L’Invention de L’ingénieur moderne, L’Ecole des Ponts et Chaussées 1747-1851 (1992), and Les Saint-Simoniens: Raison, Imaginaire, et Utopie (2002).
With La Ville territoire des cyborgs (1998), Picon began to investigate the changes brought to cities and architecture by the development of digital tools and digital culture.

irene.hutsi@artun.ee
The website of the Estonian Academy of Arts uses cookies to collect statistics about our users and offer visitors the best experience. Do you agree to the use of cookies? Read More.