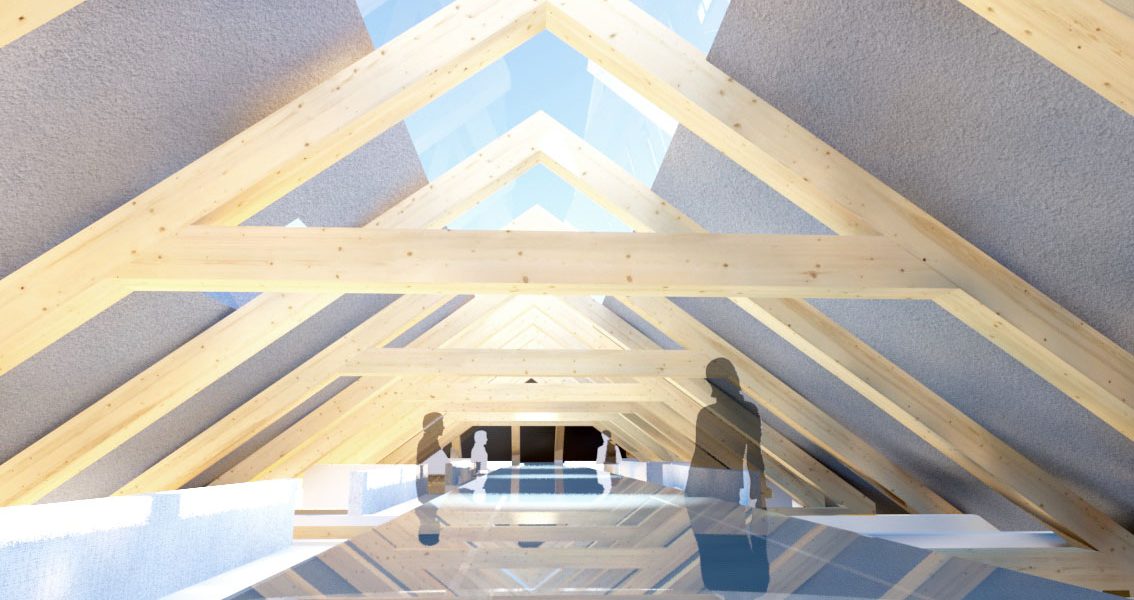 In 2020, the master’s studio “Political Space” of the Department of Interior Architecture of EKA included both the gathering of theoretical knowledge on the relationship between politics and space and a practical project on the example of rethinking the Knighthood Building in Toompea, Tallinn.

During the studio, students looked for ways in which a political / political situation could affect architecture and the use of space, and in cooperation with the client (State Chancellery), the impact of architectural space on the daily activities of politicians was tested.

The studio in 2020 took place as an intensive course in the format of an interior architecture competition, covering as many as four different subjects, which are planned in the first year of the master’s programme of the Department of Interior Architecture of EKA:

The design studio combined the connections between the theory and practice of space creation: in the process, under the guidance of Tüüne-Kristin Vaikla and Kaja Pae, students understood the nature of political space through contemporary critical architectural texts and personal experience. As a result of the course, the concept and solution of interior architecture was born, relating to the future user.

In “Development Direction”, tutor Silver Sternfeldt addressed the impact of work environments on comfort, satisfaction, performance, and health through various socio-psychological processes such as privacy, territoriality, overcrowding, personality, attention, stress, emotions, and cognition. Based on the scientific literature on environmental psychology, the master’s students drew up evidence-based concepts of political space.

Under the supervision of Jaan Tiidemann, digital modeling, teamwork, researching the specifics of historical space on the example of the Knighthood building, and interior architecture practice were intertwined in the subject of site-specific construction / modeling studio.

Under the leadership of Kaisa Lensen, the subject “Presentation Methods” focused on finding the visual handwriting of the project author and techniques for creating different spatial interior sketches, which help the interior architect to express his ideas and add value to each project. The sketches created during the studio, which focused on the Knighthood building, helped the students to try out different ideas with simple tools.

The initial task of the project is to create a crisis room suitable for dealing with situations such as a coronavirus outbreak for a crisis committee of up to 10 members, with the aim of keeping the members of the committee healthy during the crisis period.

The project “LAYERS” gives new added value to the attic of the Knighthood, taking into account the specifics of the existing space to the maximum and creating a cross-section of the cityscape.

Private and open spaces are clearly marked so that the rest of the building can be accessed by staff, while ensuring that crisis commission members have safe access to private and office space.

The attic is divided into an open space similar to a city street, inviting users to move around and take notice of new views. In the second wing are the three-storey rooms of the members of the crisis commission, which can be crossed along the central street. Each member of the commission has a garden on the ground floor, a personal room on the second floor and a common office space for the commission only on the third floor.

The attic is divided into three layers – open, semi-open and private. The attic as a whole forms a cross-section of the city’s structure. The open zone is similar to a city street – it is accessible to all people working in the building and offers an opportunity to take a break from thinking. 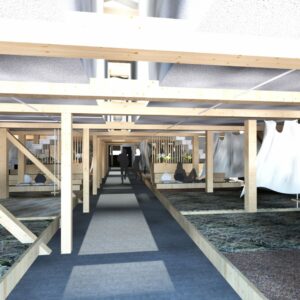 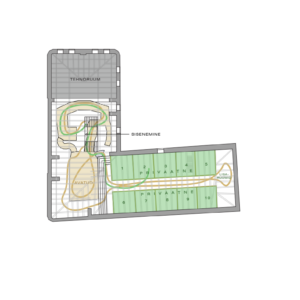 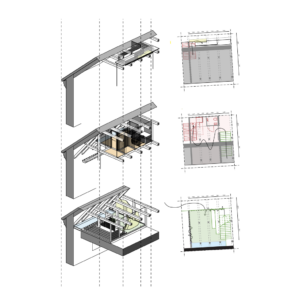 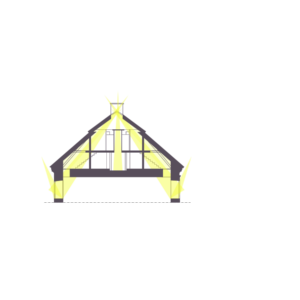 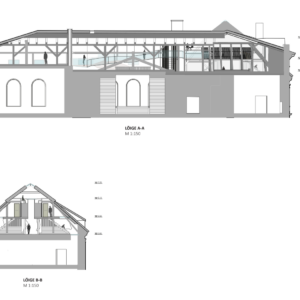