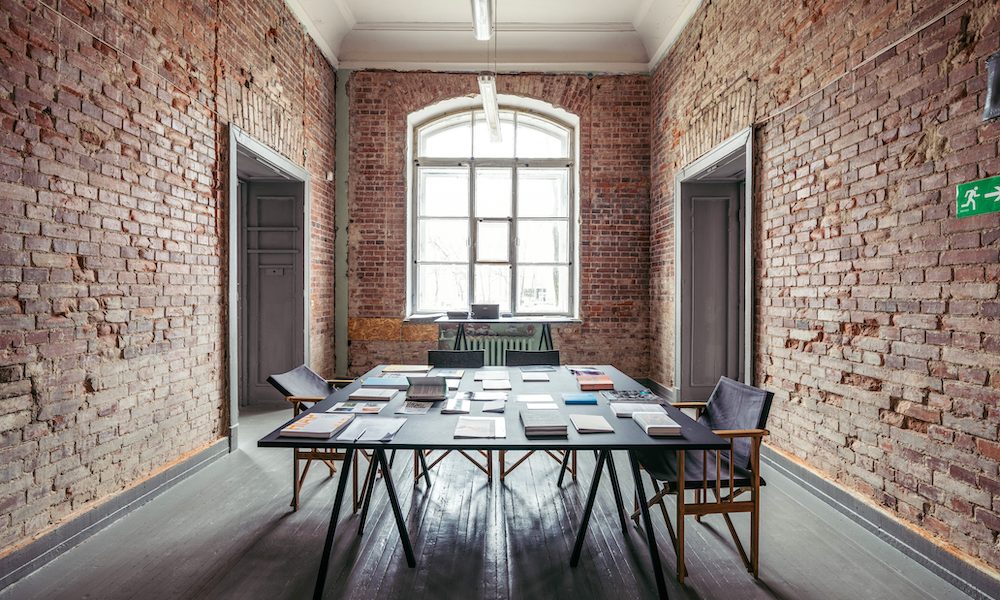 Narva Art Residency is offering a residency in 2020 to 14 artists, curators and designers, who were chosen through the open call, that received in total 171 applications from 43 different countries.

The residents were chosen by the jury including Nico Anklam, Maria Kapajeva, Marge Monko and Ann Mirjam Vaikla, who emphasized the importance to include into the programme the artists both from abroad and from Estonia. The length of the residency period differs from three to eight weeks. Each resident will reside at the historical John Carr’s Villa and have access to the Kreenholm Factory.

Hagen Verleger (DE) is a multidisciplinary designer, artist, editor, researcher, and lecturer from Berlin, Germany. His work, which often revolves around the practice and theory of editing and publishing, is informed by a strong interest in the interrelation of fiction and reality. He is exploring themes such as power structures within institutions, collective models of authorship, and materially embedded ideologies.

Luis Ramos (PT) thinks of himself as the artist, who is more of an agent and takes part in the process but does not exercise any authority over its possible interpretation and meaning. Ramos is interested in a non-thematic approach to artistic practice. He steers away from developing an orthodoxy for himself in order to stay critical at every stage of the process.

Sandra Kosorotova (EE) is asking why do Estonians call Russians onions? An onion dome is a type of architectural dome, which shape resembles an onion, and is usually crowning the Russian Orthodox churches. Peipsi onions were brought here over from Russia by the Old Believers. In her project ON I OИ, she is dying clothes in an onion skin bath, that acquires anti-microbial and anti-fungal properties.

Johanna Richter (DE) & Marcell Hajdu (HU) are urbanists who seek new ways of engaging with and reflecting on current questions of cities. Their theoretical and academic considerations are materialized through small scale interventions based on collaborations with local experts. Nature’s role in overcoming the unnatural construct of borders is central to their upcoming project in Narva.

Leslie Moody Castro (MX/US) is an independent curator and writer based in Mexico City and Texas where she has produced, organized and collaborated on projects for more than a decade. Her practice relies on itinerancy and collaboration, and her repertoire of critical writing and exhibitions illustrates her commitment to place in her practice. In addition to the belief that the visual arts create moments of empathy, Moody Castro also believes that Mariachis make everything better.

Mattias Malk (EE) is an Estonian urbanist, educator and photographer. He is a co-founder of the Urbiquity platform for creative and visual urbanism. With an interdisciplinary approach, using participatory and visual documentary methodologies alongside traditional research methods, his work is above all interested in urban matters (social, historical, architectural, artistic), extracting new knowledge from the built and lived environment and the multiplicity underlying contemporary life.

Piibe Kolka (EE) is a filmmaker and performance artist working on a project “Tütarrakk/An Epigenetic Karaoke” that incorporates epigenetic studies in inheritance and fictionalising factual details of personal history. She will be researching the story of Vanaema Sonja, born in Narva in 1900, who she shares some epigenetic data with and is joined by ‘Pixelvision Experimenter’ Thomas Kinsman (AU) to translate scientific understandings of epigenetic inheritance mechanisms into a ‘Pixelvisioning Karaoke Machine’.

Nina Schuiki (AT) was born in Graz/ Austria, studied visual arts in Vienna and Berlin. She creates installations, objects and performative situations, within she negotiates conditions of perception, history and memory of spaces. Her work is characterized by a subtle and ephemeral language which visualizes details and contexts of spaces that often escape our attention.

Yael Meiry (IL) is a multi-disciplinary artist based in Tel Aviv. Their inquiry deals with photo-based installations, motivated by form and identity as signifiers of political and social affairs. Besides taking part in different residencies and art programmes, Meiry exhibited their work in the Herzliya Museum, Tel-Hai Museum, Indie Gallery, Hansen House and many more.

Freya Sif Hestnes (DK) & Katrine Leth (DK) are working in a cross-section between visual- and performing arts and together they explore how humour, sorrow and grotesque aesthetics can blend together with the autobiographical and fictional. Through a chaotic and maximalist artistic language, where tenderness and violence exist side by side, they are working on a piece “The Other” to investigate the complex and ambiguous nature of love.

Bianca Hisse (BR) is a Brazilian artist currently living in Norway. Through diagrams, performances and textual installations, Hisse asks herself how societies are choreographed; what are the current politics of scale between body and environment; and if it is possible to draft critical potentials through an infrastructural look at choreography – or a choreographic look at our existing infrastructures.

Lisette de Greeuw (NL) is working on her current practice around (abstract) language and translation. She has noticed that she is losing her own language. She doesn’t make, build, sentences like she has learnt to do – she misses subtleties and nuances. By making different works that have a translation in it, she would like to make the problem and enrichment of language visible.

More information about the residents will appear on nart.ee webpage.

Narva Art Residency
The website of the Estonian Academy of Arts uses cookies to collect statistics about our users and offer visitors the best experience. Do you agree to the use of cookies? Read More.