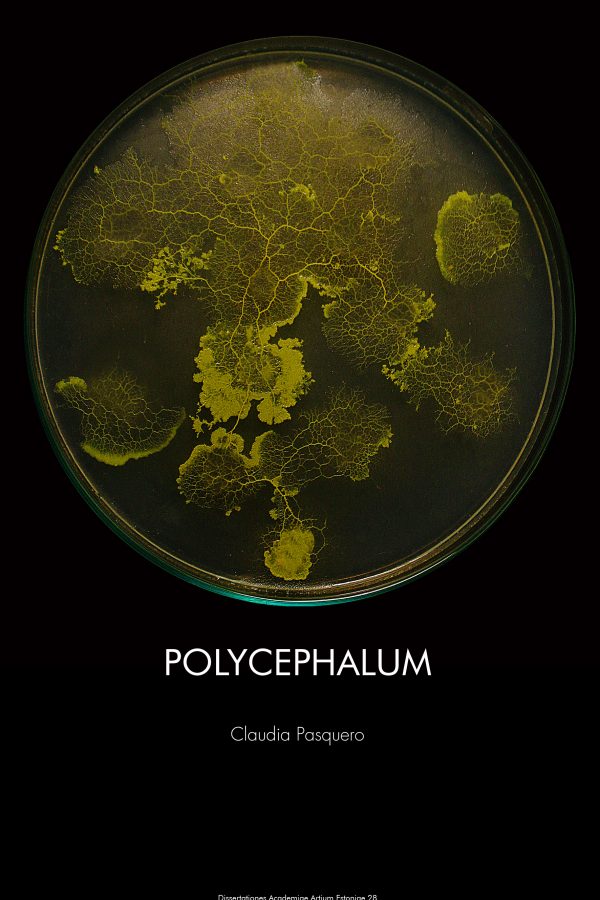 Claudia Pasquero, PhD student of the Estonian Academy of Arts, Curriculum of Architecture and Urban Planning defended her thesis “Polycephalum: Aesthetic as a measure of ecological intelligence in Architecture and Urban Design” (“Polycephalum: esteetika ja ökoloogiline intelligentsus arhitektuuris ja linnakujunduses”) on the 22nd of November 2019 at Exhibition Space of BAU Design College of Barcelona.

This dissertation unpacks and articulates the design methodology of the candidate’s practice-based research. It moves from an analysis of the relationship between ecoLogicStudio (co-founded by the candidate in 2005) and the academic work she conducts at the Bartlett School of Architecture (UCL) and at Innsbruck University (UIBK). The thesis then explores how, in this body of work, biology intersects computation as the basis for a new architectural and urban design method. Critical to the synergy among these disciplines is the role of aesthetics. The candidate refers to aesthetics as a language of non-verbal communication, a metalanguage, which, she argues, must now embody greater ecological agency in shaping future cities.

Methodologically, the development of this thesis has followed the Creative Practice Research model developed by RMIT University (Royal Melbourne Institute of Technology), founded on the notion that any creative venturous practice intrinsically involves a form of research enquiry. In supporting the development of this original piece of work the Estonian Academy of Arts doctoral program in architecture and urban planning, in which the candidate enrolled as an ADAPT-r Research Fellow, has aligned its stream of creative practice research with RMIT’s long-established program.

A key outcome of this research is embodied in the concept of Polycephalum architecture. This notion mobilizes multiple forms of intelligence, both human and non-human, to redefine the urban realm in the post-Anthropocene age. What role will non-human intelligence, both artificial and biological, play in shaping future architecture? The Polycephalum dismisses the core notion of modern master-planning, to elevate humanity beyond its material substrate via its foundations in rationality. Its aesthetics apparatus becomes here a mean to establish cybernetic conversations, within which human and non-human ecologies constitute co-evolutionary systems, a form of extended mind.

Doctoral SchoolFaculty of Architecture
The website of the Estonian Academy of Arts uses cookies to collect statistics about our users and offer visitors the best experience. Do you agree to the use of cookies? Read More.