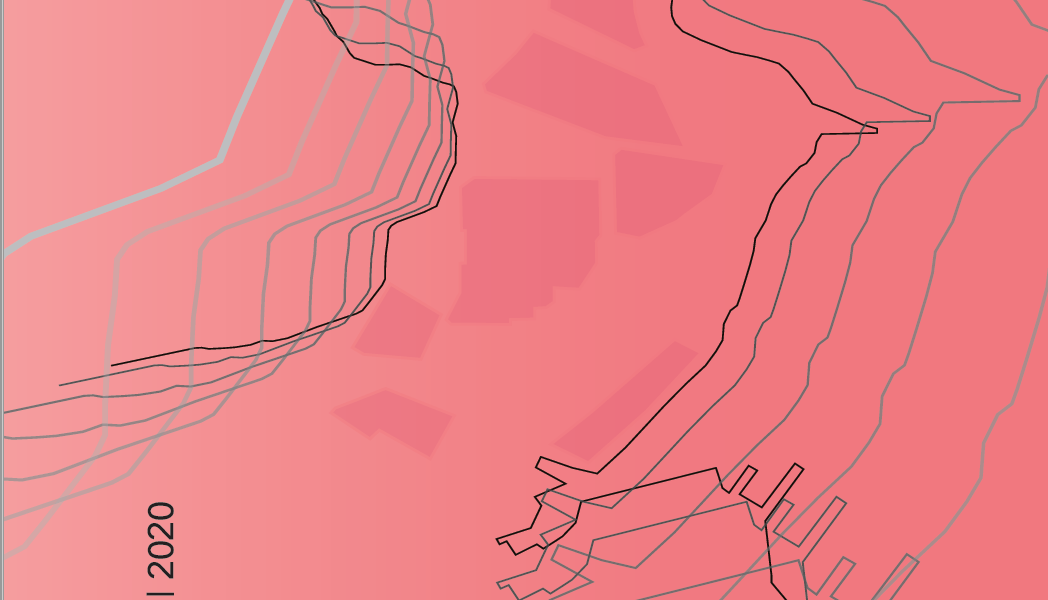 Urban studies 1st studio has for past years  taking a critical look at both the term and the process of urbanisation. The so-called urban is investigated by examining the traces of the gradual spread of Tallinn over time and in space, concentrating on the ever shifting edges: the lands between the “urban” and “rural”. The studio’s aim is to dig deep into the dichotomy and look at its particularities both very locally and also in wider regional and global context, while welcoming and utilising the often existentialist questions that current precarious condition allows to emerge.

2020’ studio focused on Paljassaare, a peninsula situated in the district of Northern-Tallinn – the main area of the turbo-paced regeneration and real estate speculation of the capital city in the last decade. But Paljassaare peninsula itself, in its current state, can regardlessly be categorised as a hinterland, a classical urban fringe by the nature of its land uses. Today’s realities of the man-made peninsula reflect the tensions between the past secludedness of the area from Tallinn-proper (being literally the bottom of the sea, border and military area, later hosting industrial and infrastructural landscapes and an array of NIMBY social services, plus a nature reserve) and the dense layer of not yet spatially tangible future dream scenarios and real-estate speculations trying to connect the “bare island” to the booming capital.

Urbanisation studio is heavy on the fieldwork. Knowledge creation and sharing is structured mostly around the framework of urban walks/events/investigations prepared by students either in groups or individually, juggling an array of information sources: archives, maps, literature, local contacts etc. This brick-pink vade mecum brings together studio in progress, its explorations in thought and on foot by displaying the convergence of theory and practice, of unfamilirarity and cognition.

Architecture publications
The website of the Estonian Academy of Arts uses cookies to collect statistics about our users and offer visitors the best experience. Do you agree to the use of cookies? Read More.