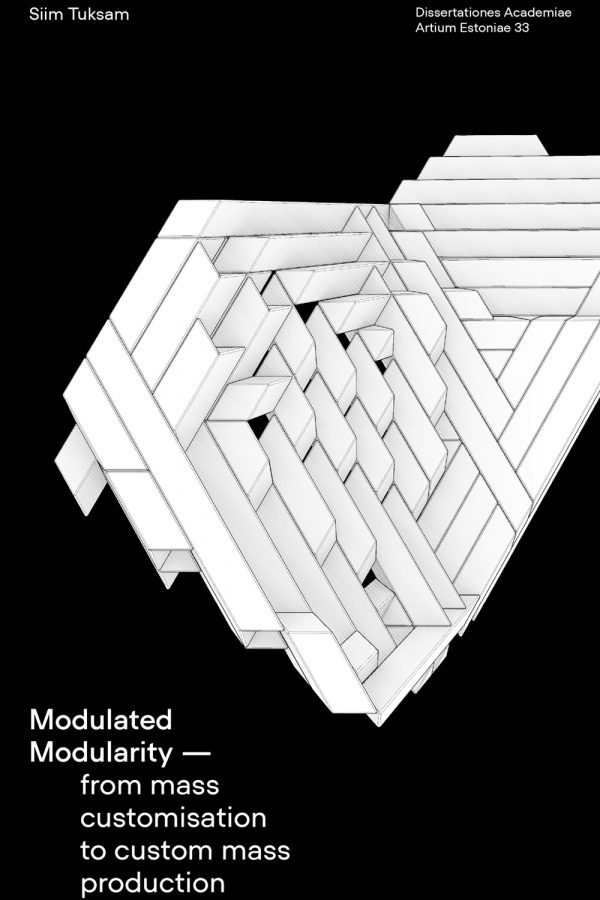 The digitalisation of the construction industry is in full swing. The infrastructure for the computer-aided fabrication of buildings is here, yet mass customisation by robotically manufactured infinitesimally variable components, as suggested by the early digital architects of the 1990s, is still not viable on an industrial scale. Architecture is seemingly forced to adapt to the industry rather than the other way round. How is it possible, within this context, to maintain the autonomy of the architectural discipline, facing the realities of extensive standardisation, automation, and artificial intelligence?

Digital architecture as a critical discourse was largely built upon Gilles Deleuze’s idea of folding, proposing a continuous formation of matter based on intensities. Folding in architecture resulted in an almost frictionless combination of topology and tectonics, where the whole consists of continuously variegated adaptive details. It is this continuous adaptation that is contested within the thesis in which modulation is proposed as an active intervention rather than frictionless optimisation – subverting the prevailing ideology from within by taking the system more seriously than the system takes itself, to paraphrase Slavoj Žižek.

Looking at modularity in architecture, starting with the professor of architecture at the École Polytechnique Jean-Nicolas-Louis Durand and the analytical method at the beginning of the 19th century, and studying mid-twentieth century modular structures inspired by system theory, a lineage is traced towards the digitisation of architecture. The introduction of modularity into digital architecture produces an internal tension that constrains the formation of matter. In the 1960s the German architect Eckhard Schulze-Fielitz explored this type of emergent formation through the term Raumstruktur (structure of space), a macro material capable of modulation. By modulating the conditioning circumstances into a model of the Raumstruktur, a design space is created that governs formation – not a mould, but an emergent structure of space.

These internal tensions manifest themselves in the formal qualities of this macro material as an expression of the underlying structure. Through this expression, the communicative and political dimensions of modulation are explored in the thesis, suggesting an ornamental quality within the work and therefore a differentiation from mere construction.

The study is projective and reflective at the same time – experimental research by design that turns into both practice research and theoretical research. Through a series of projects in collaboration with the Estonian wooden house manufacturing industry, this exploration has evolved from looking at mimetic algorithms and variable tectonics towards a pre-rationalised design approach – modulated modularity.

Architecture and Urban DesignDoctoral School
The website of the Estonian Academy of Arts uses cookies to collect statistics about our users and offer visitors the best experience. Do you agree to the use of cookies? Read More.