Sille Pihlak on the trails of spacial culture

From the new year, lecturer and architect Sille Pihlak took up the position of dean of the Faculty of Architecture of the Estonian Academy of Arts (EKA). The youngest dean of EKA promises to expand the boundaries of the profession and bring visibility to the importance of spacial visionaries in society. Sille Pihlak: “Architecture is not just individualistic drawing of houses or data-based design of urban space, but contains a complex social fabric, all aspects of which are intertwined in physical space. So, just as in the wider world, the time of change has come in architecture, the first bold steps of which we are taking at the academy.” Professor Andres Ojari, who has been dean for the last five years, will continue as a professor in the faculty, just like his predecessors, Toomas Tammis, Jüri Soolep and Veljo Kaasik. “I have a good and certain feeling to take up the position of dean of the Faculty of Architecture of EKA, when behind me there are four previous heads of the faculty who will continue as lecturers in the specialty of architecture and urban planning. I can build my vision already on their foundation and rely on good advice in the future,” says Sille Pihlak and adds: “If architecture is a reflection of the values formed in society, and not of short-term fashion trends, then a lot of new aspects have been added to our desk – from material science to production technologies, from artistic possibilities to economic limitations, from the footprint of the building to the field of meaning of the facilities – which need to be woven into a complete living environment in this very fragmented world. Where else to experiment, if not in the academy and not in Estonia?” Rector Mart Kalm thinks it is important that EKA keeps its finger on the pulse. “The younger the dean, the fresher architectural thought she brings. At the beginning of the 21st century, female students took over architecture studies in the Western world, while the lecturers are still predominantly men. In this context, our new female dean is an important balancer,” adds the rector. Sille Pihlak has studied and worked abroad for almost ten years, before starting her doctoral studies at the Faculty of Architecture of EKA in 2015. “Before returning to Estonia, I visited the doctoral programs of the world’s best universities. I was stunned by the isolation of architecture doctoral students from society and at the same time solving very specific technological problems. That’s why I chose EKA’s practice-based doctoral program instead, which helps me make sense of what I’ve done and simultaneously continue creative research. EKA is a seriously good architecture university, which pushes the boundaries of the profession further and further.” Sille Pihlak is a practicing architect, lecturer and researcher at the Estonian Academy of Arts. In her daily work, she pursues a new spatial culture that would offer alternatives to conventional building aesthetics and solutions to changes resulting from our ethical obligation to deal with changes in climate and society. Sille Pihlak has obtained a bachelor’s degree in interior architecture from EKA, studied at the Southern California Institute of Architecture SCI-Arc and graduated cum laude from the Vienna University of Applied Sciences. She defended her doctoral thesis in December 2020 at the Estonian Academy of Arts on the topic Prototyping Protocols, Protocolling Prototypes: A Methodological Development of Somatic Modularity for Algorithmic Timber Architecture in Estonian Context. For her doctoral thesis, Pihlak received the EKA research publication award, the recognition of the national research competition, the Tallinn City Scholarship and the Riigikinnisvara Scholarship. Sille Pihlak is a member of the Estonian Academy of Young Sciences. In 2015, together with Siim Tuksam, Sille founded the architectural firm PART, whose works have been nominated for the Mies van der Rohe architecture award, received the annual prize of the Estonian Architects’ Union, multiple wins for the facilities of the year of the Association of Construction Consulting Companies, and won the award for the best digital innovation project of the Ministry of Economy and Communications. In 2017, Sille Pihlak and Siim Tuksam received the Young Architect Award. 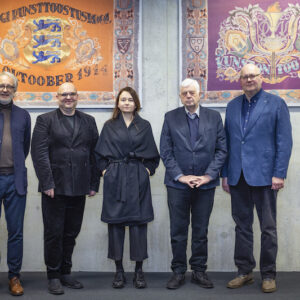 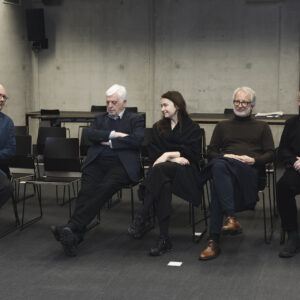 Faculty of Architecture
The website of the Estonian Academy of Arts uses cookies to collect statistics about our users and offer visitors the best experience. Do you agree to the use of cookies? Read More.