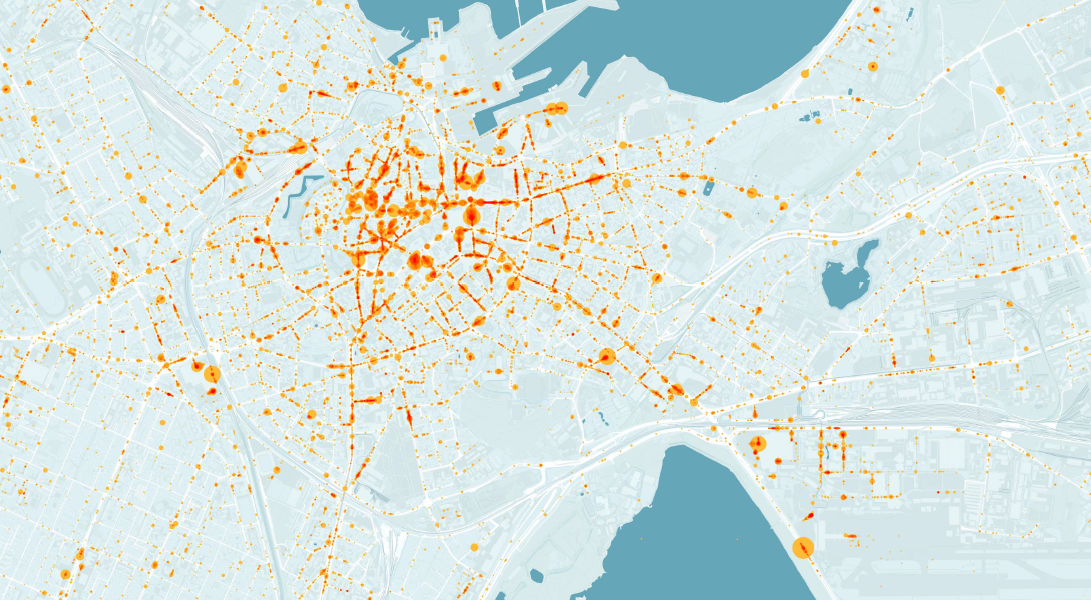 On Friday, June 21, starting at 9.30, the Estonian Academy of Arts will present another stage of the research project focusing on Tallinn’s urban future scenarios. This time, the focus of the research was on the use of computational tools in spatial creation.

Architects, urban planners and researchers Damiano Cerrone, Raul Kalvo and Renee Puusepp will present the results of the EKA research group. EKA research project “Unfinished City” will take a three-year look into what a good and livable city could and should be in the 21st century, and whether and how Tallinn could become such a city. In addition, at the same event, the Tallinn City Planning Board – partners in the Unifinished City research project – will present the results of the research for Tallinn city center master plan.

According to Renee Puusepp, the architect who led the research group for the semester, the research sought to show how to plan better with the help of city data, and focused on three questions: “Damiano Cerrone and Panu Lehtovuori led the study into how to visualise the publicly available spatial data of Tallinn, to make urban planning decisions more accessible and understandable for regular citizens and a useful tool for professionals. A working group led by Raul Kalvo studied the movement of pedestrians in the capital in urban space – how to map movements with the help of modern technology and visualize collected data efficiently and comprehensively. And the third working group asked what could be the so-called “new Tallinn house” or a modular wooden apartment building, which would be suitable for new developments outside the city center with light adjustments. ”

At the event, the Tallinn City Planning Board (TLPA) will present the results of the basic research of the Tallinn city center master plan. The aim of the study, entitled “metaLINN”, was to find out how active the different areas of the city center are today, and how this relates to people’s mobility behaviour and the attractiveness of space. According to TLPA city planner Jaak-Adam Looveer, the study is an important source data for compiling the general plan and monitoring developments. “The results help to understand how and why people use the urban space in the city center, what their preferences are and what the future behaviour patterns could be,” Looveer explained.

“Unfinished City” is a three-year broad-based research conducted by the Faculty of Architecture of EAA in cooperation with the City of Tallinn, which focuses on Tallinn’s urban planning visions and spatial future scenarios. The research will be carried out thanks to the support of the real estate company Kapitel, which will contribute almost half a million euros to the project over three years. In previous semesters, planning practices in European cities somewhat similar to Tallinn, the Tallinn panel building district, focusing on Lasnamäe, Tallinn’s green and blue networks and Tallinn’s city centers have been studied within the framework of “Unfinished City”.

Architecture and Urban Design
The website of the Estonian Academy of Arts uses cookies to collect statistics about our users and offer visitors the best experience. Do you agree to the use of cookies? Read More.