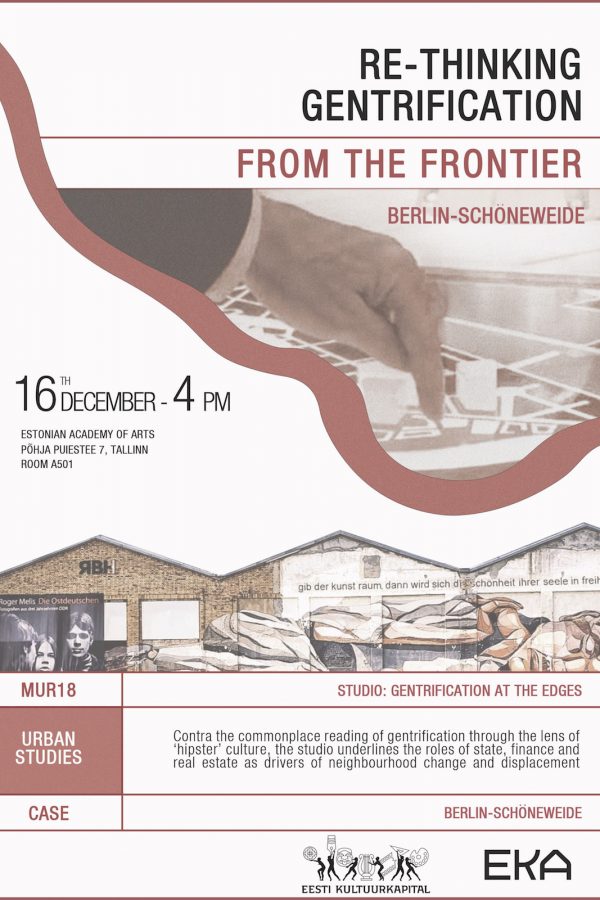 While few outside Berlin know where Schöneweide is, new developments led by the likes of Bryan Adams and Olafur Eliasson position the neighbourhood as a silent frontier of gentrification dynamics in the city. This research studio explores ongoing transformation of this former industrial area, once the base of the famous AEG electrical company. Contra the commonplace reading of gentrification through the lens of ‘hipster’ culture, the studio underlines the roles of state, finance and real estate as drivers of neighbourhood change and displacement. Investigating dynamics of gentrification at the urban edge, the case of Schöneweide serves as an entry point into a wider debate on how diverse groups are vested in reclaiming cities and its intersection with the official political structures – it necessitates rethinking the role of city planners as mediators between the public and private interests.