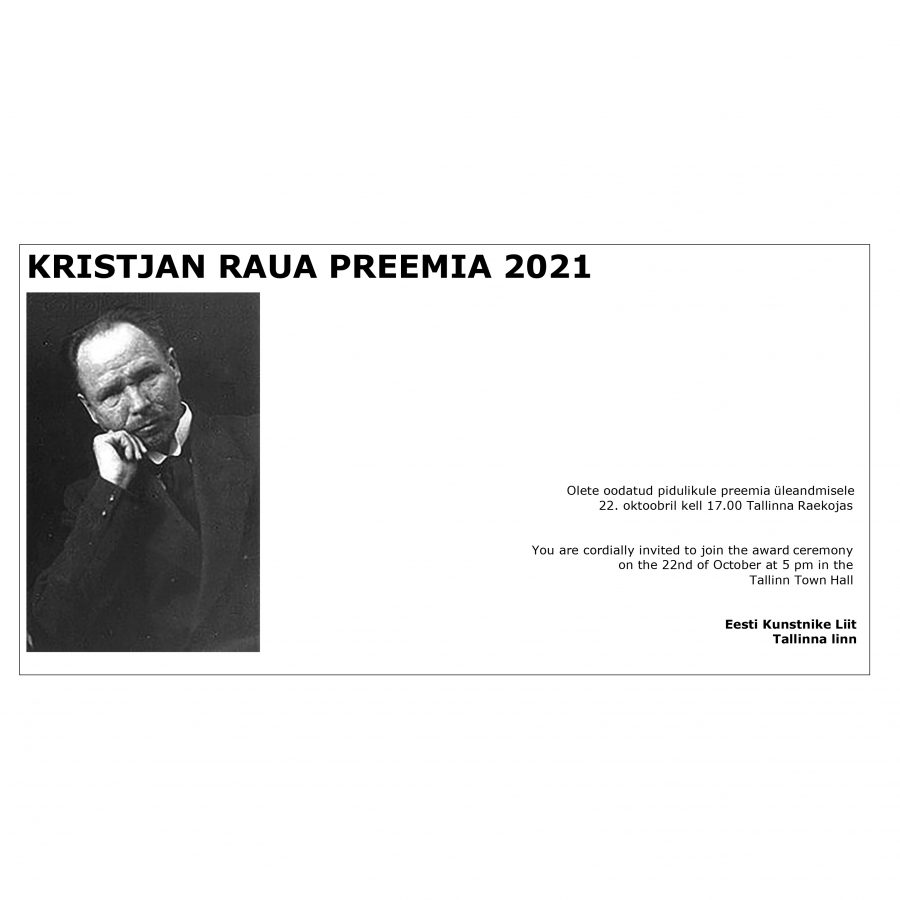 In 2021, 22 artists and art historians were nominated for the Kristjan Raud Art Award by the members of the council of the Estonian Artists’ Union, Estonian art institutions and cultural publications:

The Kristjan Raud Art Award is the oldest art prize in Estonia – the prize has been awarded jointly by the Estonian Artists’ Union and the Tallinn City Government since 1973. The Kristjan Raud Prize is awarded to an artist, art historian or creative group for a work, art project or event completed or published for the first time during the previous year; as an exception, the prize may also be awarded for previously completed works or life’s work.

The four prizes and the medals designed by Enn Johannes and executed by Margus Kadarik will be presented to the laureates at a solemn ceremony at Tallinn Town Hall on Friday, October 22 at 5 pm. The names of the winners will be announced on October 21, 2020.

Kristjan Raud’s work is one of the primary sources of Estonian culture, the influence of which has reached us through different generations and regimes, transcending different taste preferences and ways of thinking. Kristjan Raud’s archetypal role as a great figure of national art culture has only grown over the years – so the nature and meaning of the prize is inadvertently intertwined with the artist’s own biography and creative heritage. appearing lines.

International Relations Office
The website of the Estonian Academy of Arts uses cookies to collect statistics about our users and offer visitors the best experience. Do you agree to the use of cookies? Read More.